Christine Bell’s first novel, Saint, was optioned for a feature film and praised by the Philadelphia Inquirer as “a brilliant first novel, an extraordinary book.” The Seven Year Atomic Makeover Guide, a short story collection, was described by the New York Times as “accessible, entertaining and infused with the improvisation energies of a writer who refuses to play it safe.” Bell’s next novel, The Perez Family, was made into a film directed by Mira Nair and named Notable Adult Fiction of the Year by both the American Library Association and the New York Public Library, as well as Notable Book of the Year by the Philadelphia Inquirer and the New York Times, who hailed it as “a loud, gaudy sentimental heartbreaker of a book, a triumph.”

Bell lives in the Central California Coast area with her husband, writer J. F. Freedman, and their family. 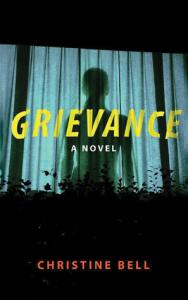