Ian Morris teaches history, archaeology, and classics at Stanford University, where he has won teaching awards and was one of the founders of the Stanford Archaeology Center. In addition to directing digs in Greece and Italy, he has been a visiting professor in international studies at the London School of Economics, in psychology at the Sage Center for Study of Mind at UC-Santa Barbara, and in the business school at the University of Zurich. He has served as the Australian Army’s professor of future land warfare, has briefed heads of state and organizations ranging from Goldman Sachs and Alibaba to the CIA and World Bank, and has spoken at Davos and given the Tanner Lectures in Human Values at Princeton. His research has been supported by the Carnegie, Guggenheim, and Mellon Foundations, the National Geographic Society, and the National Endowment for the Humanities. His fourteen books include Why the West Rules—For Now (FSG 2010) and War! What is it Good For? (FSG 2014). They have been translated into seventeen languages, have won the PEN USA non-fiction prize and the GetAbstract business books award, and have been shortlisted for the George Orwell Prize, the Lionel Gelber Prize, and the Commonwealth Club's non-fiction prize. He lives in California’s Santa Cruz Mountains with his wife, cats, dogs, horses, peacocks, and several herds of deer. 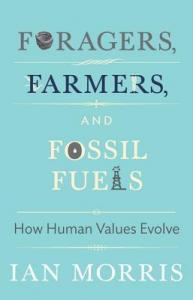 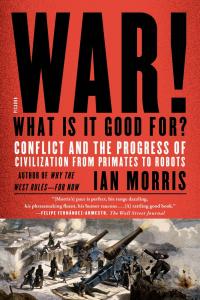 War! What Is It Good For?: Conflict And The Progress Of Civilization From Primates To Robots 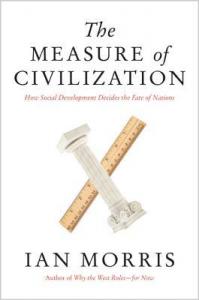 The Measure Of Civilization: How Social Development Decides The Fate Of Nations From The Ancient World To The Present 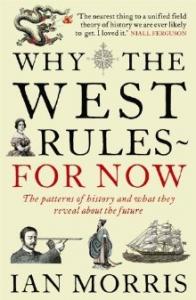 Why The West Rules--For Now: The Patterns Of History, And What They Reveal About The Future