Mick West is a co-founder and former Technical Director of Neversoft Entertainment and helped create the billion dollar franchise: Tony Hawk's Pro Skater. After leaving Neversoft, Mick spent time coding, writing, and learning to fly a small plane. This eventually led him to his interest in the "chemtrails" conspiracy theory, and the creation of the site ContrailScience.com. Mick now runs Metabunk.org, a forum of and about polite debunking of theories from 9/11 conspiracies to the Flat Earth. 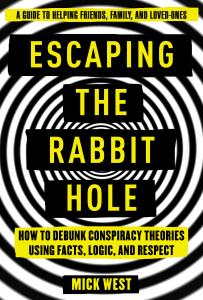