Douglas Wood writes, creates and produces children's television for Disney, Warner Bros., Universal, NBC, Amazon, BBC, Netflix, and Apple. The PBS series, Molly of Denali, for which Wood was Story Editor received a Peabody award. Wood has also been a film executive for Steven Spielberg at Amblin Entertainment as well as several major Hollywood studios. He began his career in entertainment as an actor in Chicago where he appeared at Steppenwolf and the Goodman Theatre. He was a member of the Second City National Touring Company and the Fine Line comedy duo, which appeared at the Comedy Store, The Improv, and The Motown Revue with Smokey Robinson, an NBC series for which Wood was also a writer. He lives in Topanga Canyon in the Santa Monica mountains outside of L.A. with his wife and two cats. Ladies of the Canyon is his first novel. 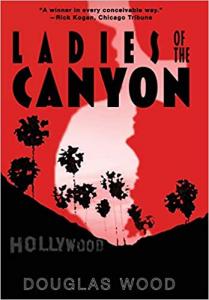 Ladies of the Canyon