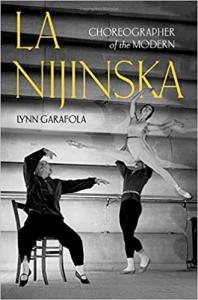 La Nijinska: Choreographer of the Modern

Overshadowed in life and legend by her brother Vaslav Nijinsky, Bronislava Nijinska had a far longer and more productive career. An architect of twentieth-century neoclassicism, she experienced the transformative power of the Russian Revolution and created her greatest work - Les Noces - under the influence of its avant-garde. Many of her ballets rested on the probing of gender boundaries, a mistrust of conventional gender roles, and the heightening of the ballerina's technical and artistic prowess. A prominent member of Russia Abroad, she worked with leading figures of twentieth-century art, music, and ballet, including Stravinsky, Diaghilev, Poulenc, Alexandra Exter, Natalia Goncharova, Frederick Ashton, Alicia Markova, and Maria Tallchief. She was also a remarkable dancer in her own right with a bravura technique and powerful stage presence that enabled her to perform an unusually broad repertory. Finally, she was the author of an acclaimed volume of memoirs in addition to a major treatise on movement. Nijinska's career sheds new light on the modern history of ballet and of modernism more generally, recuperating the memory of lost works and forgotten artists, many of them women. But it also reveals the sexism pervasive in the upper echelons of the early and mid-twentieth-century ballet world, barriers that women choreographers still confront.


"A fascinating account of life and work of the great and enigmatic Bronislava Nijinska, who left us a couple of ballets of genius and many unanswered questions. Nijinska, the most influential woman choreographer in classical ballet, was an inspiration for many generations of dance makers, and yet many aspects of her life remained poorly researched and unknown, partly because her memoirs only covered the early years. I was especially interested to read about Nijinska's choreographic debuts in Kiyv, Ukraine, and the second part of her life in California. The interviews of the dancers who worked with her last are priceless. Congratulations to Lynn Garafola. This book, thoroughly researched, full of unknown facts and inspiring details, is a book we were all waiting for."   —Alexei Ratmansky, Choreographer, American Ballet Theatre

"In this inspirational first biography of Bronislava Nijinska, based on global research, Lynn Garafola has successfully drawn the great choreographer from the shadow of her famous brother. She reveals a complex woman who experienced more than her fair share of tragedies and was constantly betrayed by men, while creating experimental ballets and inspiring successive generations of performers, directors and choreographers."  —Jane Pritchard, Curator of Dance, Victoria and Albert Museum, London

"This book is an astonishing achievement. Nijinska, sister of tragic dancer-genius Nijinsky, emerges here as a larger-than-life heroine, an Amazon endowed with visionary talent, yet blocked at every turn by forces arrayed against an ambitious woman. It's an epic tale, based on impeccable sources, narrated with rare lucidity, set against a three-continent-wide panorama of European, American and émigré-Russian artists and impresarios, all chasing after this magical quality we now call Modernity."  —Elizabeth Kendall, author of Balanchine and the Lost Muse: Revolution and the Making of a Choreographer