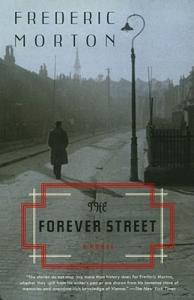 Berek, a young penniless Jew of eighteen is struggling to make a home of Turk Place, a desolate street that, in 1873 Vienna, was little more than a Gypsy encampment. But Berek believes fiercely in his own power to forge miracles. Taking the caretaker's daughter as his bride, Berek is confident he can thrive on faith. When a mysterious piece of stone comes into his possession, he and his wife believe their prayers have been answered; the stone may be a holy fragment of Jerusalem's Wailing Wall.

This relic, no larger than a brick, proves to transfigure the couple's lives. They make Turk Place their home and three generations of Turk Place residents share the legacy of the Brick. For six decades, the family perseveres in the face of tumultuous events -- World War I, the shattering of the Austro-Hungarian Empire, and the Great Depression. But Hitler's "final solution" forces them to make an impossible choice: flee the Nazis or remain and perish.

Reviews:
"The stories do not stop any more than history does for Frederic Morton,whether they spill from his writer's pen or are drawn from his immense store of memories and anecdote-rich knowledge of Vienna."
—The New York Times


"Morton has chosen to weave a novel out of his memories, experiences, imagination and family folklore. The combination gives it, at times, the surreal quality of being refracted through a dream frozen in time."
—The Washington Post


"We can include Fred Morton in the honor list of those authors who achieve remarkable depth and height after they have been, or because they have been, expatriated from their own language."
—The New York Times Book Review