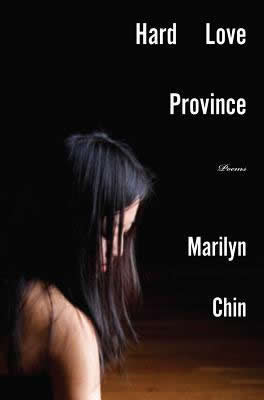 From a poet of "dazzling longing" (Los Angeles Times), a stunning new collection of haunting elegies and playful quatrains.

Marilyn Chin is a poet acclaimed by Adrienne Rich for her "powerful, uncompromised, and unerring" poems. Dancing brilliantly between Eastern and Western forms, fusing ancient Chinese history and contemporary American popular culture, she is one of the most celebrated Asian-American poets writing today.

Chin's fourth volume of poems, Hard Love Province, is composed of erotic elegies in which the speaker grieves for the loss of her beloved. In "Void" she writes with the imagistic, distilled quietude of a solitary mourner: "It's not that you are rare / Nor are you extraordinary // O lone wren sobbing on the bodhi tree / You are simple and sincere." In "Formosan Elegy," by contrast, she is that mourner, beyond simplicity or quietude, crying out for a lover: "I sing for you but my tears have dried in my gullet / Walk the old dog give the budgies a cool bath / Cut a tender melon let it bleed into memory."

Here, too, are poems inspired by Chin's poetic forbearers and mentors (Dickinson, Plath, Ai, Gwendolyn Brooks, Tu Fu, Adrienne Rich, and others) honoring their work and descrying the global injustice they addressed. "Whose life is it anyway?" she asks in a poem for Rich, "She born of chrysalis and shit / Or she born of woman and pain?"


Winner of the 2015 Anisfield-Wolf Prize for Poetry


“[Marilyn] Chin brings a rich sensuality to her poems, which frequently embody a unique shape and style.”
—Library Journal


“A high-octane elegy that mourns the beloved even as it implicates the mixed-up world the beloved has left behind.”
—Publishers Weekly


“The toughness in Chin’s poems is something we have yet to reckon with. She embraces and writes about the conundrum of being a daughter of two cultures, a woman growing older, a woman grieving for her lovers, both of whom have died, a woman remembering her childhood… Chin brings something fresh and daring to her work.”
—John Yau, Hyperallergic