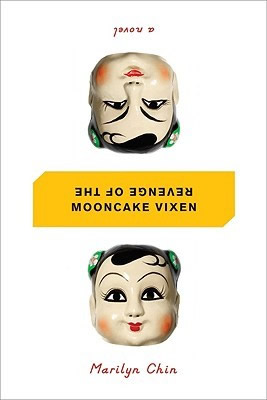 Revenge of the Mooncake Vixen: A Manifesto in 41 Tales

Raucous twin sisters Moonie and Mei Ling Wong are known as the "double happiness" Chinese food delivery girls. Each day they load up a "crappy donkey-van" and deliver Americanized ("bad") Chinese food to homes throughout their southern California neighborhood. United in their desire to blossom into somebodies, the Wong girls fearlessly assert their intellect and sexuality, even as they come of age under the care of their dominating, cleaver-wielding grandmother from Hong Kong. They transform themselves from food delivery girls into accomplished women, but along the way they wrestle with the influence and continuity of their Chinese heritage.


“Wildly profane and funny riffs on folklore, chronicling the adventures of two very modern Chinese-American sisters. In this loosely knit series of short stories, many of which are based on Buddhist and Taoist parables as well as Chinese ghost stories, poet Chin (Rhapsody in Plain Yellow, 2003) spins out two young
lives with outrageous humor. Multifaceted rather than linear, magical rather than literal, these tales tend to focus on the twins’ childhood and adolescence, often presenting contrasting views of such similar rites of passages as dating and the loss of virginity. A fresh, chaotic and sexy updating of the cross-cultural experience.”
—Kirkus Reviews


“Chin’s unconventional coming-of-age novel is a frothy and tart exploration of the Asian immigrant experience.”
—Booklist