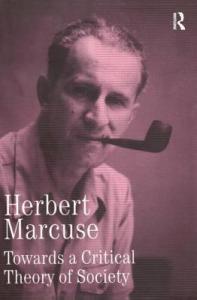 Towards a Critical Theory of Society: Collected Papers of Herbert Marcuse Vol. 2

This second volume of Marcuse's collected papers includes unpublished manuscripts from the late 1960s and early 1970s, such as Beyond One-Dimensional Man, Cultural Revolution and The Historical Fate of Bourgeois Democracy, as well as a rich collection of letters. It shows Marcuse at his most radical, focusing on his critical theory of contemporary society, his analyses of technology, capitalism, the fate of the individual, and prospects for social change in contemporary society.