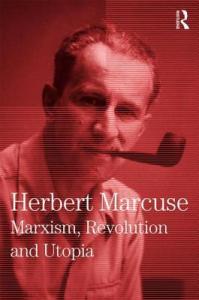 This collection assembles some of Herbert Marcuse’s most important work and presents for the first time his responses to and development of classic Marxist approaches to revolution and utopia, as well as his own theoretical and political perspectives.

This sixth and final volume of Marcuse's collected papers shows Marcuse’s rejection of the prevailing twentieth-century Marxist theory and socialist practice - which he saw as inadequate for a thorough critique of Western and Soviet bureaucracy - and the development of his revolutionary thought towards a critique of the consumer society. Marcuse's later philosophical perspectives on technology, ecology, and human emancipation sat at odds with many of the classic tenets of Marx’s materialist dialectic which placed the working class as the central agent of change in capitalist societies. As the material from this volume shows, Marcuse was not only a theorist of Marxist thought and practice in the twentieth century, but also proves to be an essential thinker for understanding the neoliberal phase of capitalism and resistance in the twenty-first century.

A comprehensive introduction by Douglas Kellner and Clayton Pierce places Marcuse’s philosophy in the context of his engagement with the main currents of twentieth century philosophy while also providing important analyses of his anticipatory theorization of capitalist development through a neoliberal restructuring of society. The volume concludes with an afterword by Peter Marcuse.