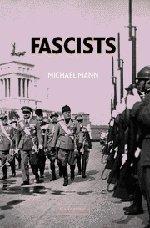 Focusing on the six countries in which fascism became most dominant (Italy, Germany, Austria, Hungary, Romania and Spain), this study analyzes the beliefs and actions of people who became fascists in an attempt to view fascism through its own eyes. The result is an original depiction of fascism as "violent, transcendent nation-statism," and a unique perspective differing from other previous theories of fascism.

Reviews:
"...an eminently satisfying and absorbing account by a powerful and erudite mind, with Mann's exceptional analytical and theoretical skills on full display."
—Foreign Affairs


"Michael Mann is the outstanding historical sociologist of his generation. He invariably asks penetrating questions and his rigorous comparative method enables him to reach novel and striking conclusions. He has now produced one of the most original studies of Fascism ever written, a brilliant and disturbing analysis which constitutes a seminal work on the most destructive political phenomenon of the modern era." —Sir Ian Kershaw, Professor of Modern History, University of Sheffield


"This incisively written and boldly argued book is full of insights and offers many challenges to the specialists. Mann breathes fresh life into this complex topic, and this study is bound to stimulate renewed discussion across the disciplines."
—Prof. Robert Gellately, Earl Ray Beck Professor of History, Florida State University


"Michael Mann here applies his legendary combination of historical sweep, synthetic verve, and common sense to a major unsolved problem: what and why was European fascism? We leave his company much the wiser."
—Charles Tilly, Joseph L. Buttenwieser Professor of Social Science, Columbia University


"Mann's newest book provides fascinating insights into the sources of European fascism. Erudite and theoretical, yet plain-speaking, Mann analyzes the beliefs and actions of fascists themselves, coming to the conclusion that youth culture and society across class played a critical part in this ultimately self-destructive movement."
—Norman Naimark, Robert and Florence McDonnell Professor of History, Stanford University


"Michael Mann, one of the great sociological thinkers of our day published two impressive books this year (both from Cambridge University Press)...in Fascists he analyzes the development of right-wing authoritarianism in several European countrieso [and] unlike most sociologists, Mann does not write in jargon. Though certainly dense, these books will reward the effort of any non-scholar willing to tackle them."
—Newsday


"Fascists is extremely useful for anyone interested in a synthesis of the latest work on the social history of fascism. The author does not try to force everything into a rigid framwork. When a case is exceptional, he recognizes it."
—Alexander De Grand, North Carolina State University