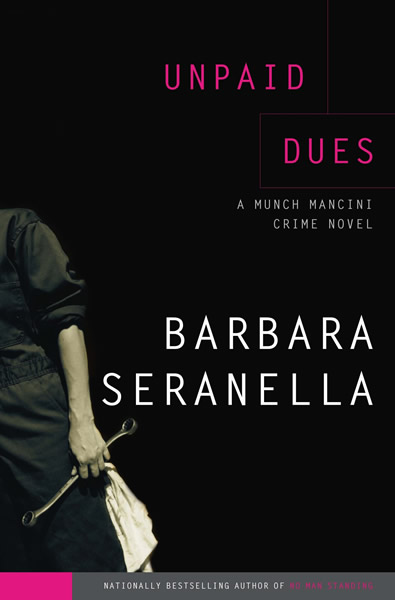 Munch Mancini is one of those fictional characters who jump off the page and into readers' hearts. Mechanic, limo driver, mom, Munch â€” short for Miranda â€” has lived a hard life and done it all: sex, drugs, you name it. But now she has her adopted eight-year-old daughter, Asia; she has a house; she has a job she loves. And she has trouble.

The battered body of her former pal New York Jane has washed up in a Los Angeles drainage canal. Munch's policeman friend Mace St. John runs the dead woman's prints: She's Jane Ferrar, but in her arrest report Mace finds Munch's photo and fingerprints. What's the tie between the two women? Who killed Jane and dumped her in the ditch? And what is the significance of the baby doll tied to her arms? Munch tells Mace that ten years earlier she had used Jane's name to beat a drunk driving rap. She'll do what's necessary now to clear her record, but that's where she wants it to end. She wants no more police digging into her past. It's done. It's over. She's severed all ties with the people she used to know, especially Jane Ferrar and a dangerous man named Thor.

Or so she hopes. It's not that easy, though, to escape one's history. There are always reminders, such as the fifteen-year-old boy who shows up at Munch's door one day asking for help. He's the son of an old friend, and he's a kid, so how can she say no? But is he what he says? Is Munch wrong to bring him into the house with little Asia? Munch will do anything to protect Asia from harm. Anything. Meanwhile, Munch's boyfriend, homicide cop Rico Chacin, is investigating a cold case of triple murder that may be heating up and heading straight toward Munch. Her whole new life mayunravel unless she can stop a killer. And Munch's life with Rico may unravel too unless his other girlfriend leaves town â€” soon. With "Unpaid Dues," Barbara Seranella, one of the most passionate and resonating voices in all of crime fiction, gives us a gripping and suspenseful novel about the debts we owe but can never fully repay.


"Barbara Seranella's Unpaid Dues radiates the bucolic straightforwardness of an urban elegy—Seranella ran away from her West L.A. home at 14, hippied in Haight-Ashbury, rode with motorcycle gangs, and then became a mechanic before acquiring a husband and dogs, so she knows what she is writing about. It shows; and it's all for the better." —Los Angeles Times Book Review