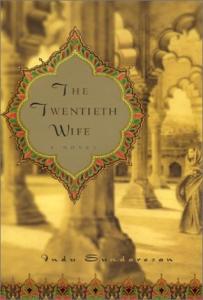 The Twentieth Wife: A Novel

An enchanting seventeenth-century epic of grand passion and adventure, this debut novel tells the captivating story of one of India's most legendary and controversial empresses -- a woman whose brilliance and determination trumped myriad obstacles, and whose love shaped the course of the Mughal empire.

She came into the world in the year 1577, to the howling accompaniment of a ferocious winter storm. As the daughter of starving refugees fleeing violent persecution in Persia, her fateful birth in a roadside tent sparked a miraculous reversal of family fortune, culminating in her father's introduction to the court of Emperor Akbar. She is called Mehrunnisa, the Sun of Women. This is her story.

Growing up on the fringes of Emperor Akbar's opulent palace grounds, Mehrunnisa blossoms into a sapphire-eyed child blessed with a precocious intelligence, luminous beauty, and a powerful ambition far surpassing the bounds of her family's station. Mehrunnisa first encounters young Prince Salim on his wedding day. In that instant, even as a royal gala swirls around her in celebration of the future emperor's first marriage, Mehrunnisa foresees the path of her own destiny. One day, she decides with uncompromising surety, she too will become Salim's wife. She is all of eight years old -- and wholly unaware of the great price she and her family will pay for this dream.

Skillfully blending the textures of historical reality with the rich and sensuous imaginings of a timeless fairy tale, The Twentieth Wife sweeps readers up in the emotional pageant of Salim and Mehrunnisa's embattled love. First-time novelist Indu Sundaresan charts her heroine's enthralling journey across the years, from an ill-fated first marriage through motherhood and into a dangerous maze of power struggles and political machinations. Through it all, Mehrunnisa and Salim long with fiery intensity for the true, redemptive love they've never known -- and their mutual quest ultimately takes them, and the vast empire that hangs in the balance, to places they never dreamed possible.

Shot through with wonder and suspense, The Twentieth Wife is at once a fascinating portrait of one woman's convention-defying life behind the veil and a transporting saga of the astonishing potency of love.

Reviews:
“Like Anchee Min’s splendid historical novel Becoming Madame Mao, Indu Sundaresan’s fictional debut focuses on a strong woman who challenged the rigid conventions of her time, someone whose rise to power was fraught with drama and controversy. In the early 17th century, a young Persian woman named Mehrunnisa (meaning 'Sun of Women') became the 20th wife of the Emperor Jahangir, and together they ruled the Mughal Empire before its eventual decline. Although historians have chronicled the lives of the Mughal emperors, Sundaresan mentions in her afterword that historical texts have largely ignored the wives of those men- a gap her novel seeks to correct. In Mehrunnisa, Sundaresan has found a fascinating subject. During a time when women did not speak unless spoken to and were expected to be wholly submissive to their husbands, Mehrunnisa reveled in her power as empress of Mughal India. She minted coins in her own name, served as an arts patron and commissioned imperial gardens and tombs that still exist 300 years later. Although the author states that historical accounts of Mehrunnisa are conflicting, she portrays her as an ambitious but sympathetic figure. ….There is no question that Sundaresan is a gifted storyteller with an obvious passion for history…..”
—USA Today


“Indu has created a wonderful, sweeping story of love, betrayal and the building of the Taj Mahal.”
—Publishers Weekly


“This epic tale of the seventeenth-century Moghul empress Nur Jahan before her marriage is informative, convincing, and madly entertaining.  The reader comes away with an unexpected vision of the power behind the veil.”
—Marilyn Yalom, author of A History of the Wife and A History of the Breast


“Indu Sundaresan has written a fascinating novel about a fascinating time, and has brought it alive with characters that are at once human and legendary, that move with grace and panache across the brilliant stage she has reconstructed for them.”
—Chitra Divakaruni


“Sundaresan writes in the great tradition of the Indian epic, an art she carries forward with grace and brilliance…a remarkably readable book...Highly recommended.”
—Library Journal