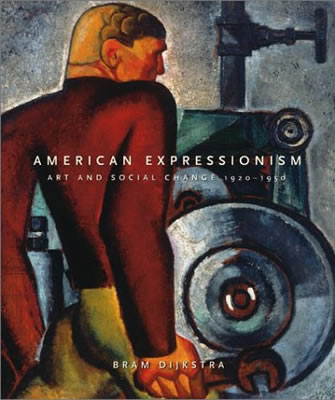 During the 1920s and '30s and until the end of World War II, a distinctly American form of Expressionism evolved. Most of the artists in this movement, children of immigrants from eastern and southern Europe, African-Americans and other outsiders to American mainstream culture, grew up in the urban ghettoes of the East Coast or Chicago. Their art was sympathetic to the disposessed and reflected a deep concern with the lives of working people. Providing a look at this art - and the beginnings of a new movement, Abstract Expressionism, which followed it - cultural historian Bram Dijkstra offers insights into the roots of painting in modern America.

Reviews:
"The conventional story of American visual art generally pegs postwar Abstract Expressionism, in the hands of Jackson Pollack, Willem de Kooning, etc., as the first truly mature manifestation of a national aesthetic, followed by Pop Art and minimalism as its glamorous and cerebral heirs. This polemical picture book seeks to overturn that history, finding in paintings of the pre-AbEx era a rich and undervalued tradition, and an antidote to a 20th-century art history that the author characterizes as fundamentally effete...This is a provocative, important book."
—Publisher's Weekly