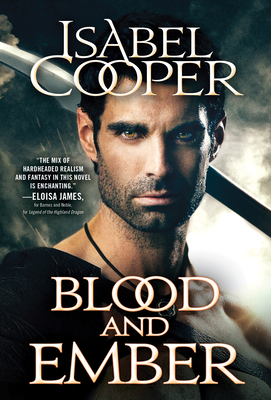 Fans of The Witcher and Ilona Andrews will love this epic tale of adventure and romance by award-winning author Isabel Cooper.

A century ago, the Traitor God's fury left the world broken by violent storms and twisted monsters born of darkness and death. Now those storms are sweeping across the continent again and it will take everything the armies of man can muster to survive. As a sworn knight, Olvir is prepared to do his part?even if that means journeying deep into the magic-tainted Battlefield to face the enemy alone.

Sentinel Vivian Bathari has lost too much to allow her closest friend to make such a sacrifice alone. Besides, there are whispers that Olvir's strange new powers are somehow connected to the Traitor God, and she'd rather be by his side should the worst occur. But as they travel deep into the heart of danger, their growing attraction burns into mutual desire, and the true depth of Olvir's connection to the evil haunting their world is made clear. In the end, Vivian will have to decide what she's willing to sacrifice to save their world...and the man she loves.