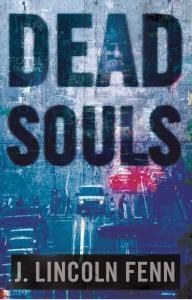 From the award-winning author of the acclaimed novel Poe comes an edgy, witty, and bone-chilling novel about a woman who unwittingly agrees to complete one favor for the devil himself at the risk of her immortal soul.

When Fiona Quinn is approached in a bar by a man who calls himself Scratch and claims he's the devil, she figures it's just some kind of post-modern ironic pickup line. Fiona doesn't believe in anything of the paranormal sort. A few drinks in, Scratch offers one wish in exchange for her immortal soul. Fiona's been wondering if her boyfriend is having an affair, so why not, invisibility would be a good way to find out--hypothetically, of course. It can be done, but there's only one other small detail--at some point in time, he'll call in a favor. Whatever it is, Fiona has to do it--and do it well--otherwise she's his for all eternity. Fiona finds the whole thing so hilarious that she agrees and they shake on it. Bad idea.

Not only does Fiona soon discover that she really was talking to the devil incarnate, but she's now become a "dead soul"--those who have exchanged their souls on a whim, and must spend their waking hours in mortal terror of that favor eventually being called in...

With Fenn's "wicked raw and proudly untamed" talent (Bloody-Disgusting.com), Dead Souls is a terrifying and witty venture to the dark side that will haunt you long after you've turned the last page.


“This book is one of the scariest and best to come down the pike in ages… reminiscent of Dean Koontz or Stephen King at their finest.”
—Publisher's Weekly (starred)


"An uninhibited thriller with a dash of social commentary where the devil is in the details...A wild, well-written novel that fuels suspicions about what might be going on in our oh-so-unbalanced world."
—Kirkus Reviews


"It’s a wonderful thing when a new writer comes out of seemingly nowhere to offer up such a mesmerizing and truly hypnotic work of fiction… brilliantly written. Gritty horror, heart wrenching suspense and impactful prose."
—Cemetary Dance Online


"The real power of Fenn’s story lies in the everyday details — her characters' flaws are so recognizable and their lives are so comparatively familiar that the evil force with which they deal becomes terribly and convincingly real. This impressive blend of human desperation and otherworldly darkness is gruesomely compelling and horrifyingly believable, with skilled prose that keeps this story intensely engaging. The ambiguities and uncertainties in each scene will keep readers on edge until a startling ending brings this tale, ingeniously and ruthlessly, full circle in impressive fashion."
—RT Book Reviews