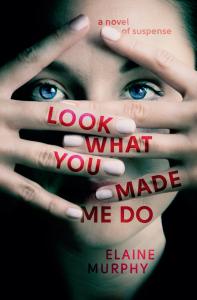 Look What You Made Me Do

A gripping thriller about a woman who must help cover the tracks of her serial killer sister -- only to discover her sibling isn't the only serial killer in town . . . and they're both next on his kill list.

Carrie Lawrence is an accomplice to murder, multiple murders actually, because her sister is a serial killer. When her sister's most recent victim is discovered and police find twelve more bodies buried nearby -- all missing a foot! -- things get weird. Carrie has helped her sister dispose of thirteen two-footed bodies in the past decade, but these bodies are being attributed to a madman dubbed "Footloose" by the media.

At first, Carrie is not certain if Footloose is real or just a side hobby for her sister, but when she finds a masked man hiding in her closet, she realizes that a second serial killer does indeed exist. She can't go to the police with her story so she reluctantly teams up with Becca to find the killer before she becomes his next victim.