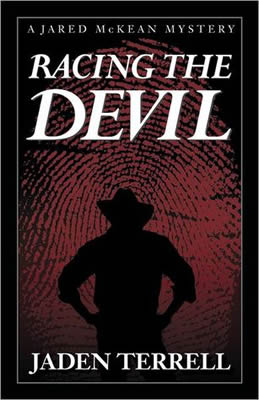 Nashville private investigator Jared McKean has a son with Down syndrome, a best friend with AIDS, an ex-wife he can't seem to fall out of love with, and a weakness for women in jeopardy, until one frames him for murder. His DNA and fingerprints are found at the murder scene. His voice is on the victim's answering machine, and the victim was killed by a bullet from his gun. To make matters worse, his teen-aged nephew comes out of the closet and runs away to join a dangerous fringe of the Goth subculture. Now Jared must find a way to clear his name, hold his family together, and solve a case that could cost him his life.


“[A] promising debut…Jared comes across convincingly as a savvy and sympathetic good ol’ urban detective who, despite his own difficulties, is ever ready and able to defend people or animals in trouble.”
—Publisher's Weekly