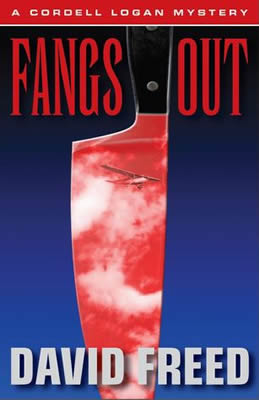 Moments before he is executed, the killer of famed Vietnam War hero-pilot Hub Walker's daughter makes a startling allegation: the real murderer is Walker's close friend, a prominent U.S. defense contractor. Walker wants to hire somebody willing to spend a few days hunting up information that will refute the convicted killer's groundless but widely reported claims, and help restore his friends good name. that somebody, as fate would have it, is sardonic civilian flight instructor, would-be Buddhist and retired military assassin Cordell Logan. Thus begins one of the years most suspenseful mystery-thrillers.

A Medal of Honor recipient married to a former Playmate of the Year, Walker resides in the swanky San Diego enclave of La Jolla, overlooking the Pacific Ocean. Logan is convinced that working for Walker will be little more than a paid vacation - a chance to rub shoulders with a living legend while rekindling Logan's relationship with his own enticing ex-wife, Savannah. But after flying to San Diego in his beloved aging Cessna, the Ruptured Duck, Logan is quickly drawn into a vexing and deadly jigsaw puzzle. The deeper he digs, the murkier the truth appears, and the more in danger he finds himself. Who really killed the war hero's daughter, and why? Somebody in "America's Finest City," wants to stop Logan from asking questions, and will stop at nothing to silence him.

Reviews:
“This thriller from Freed, who is a pilot and Pulitzer Prize-winning reporter, takes us on a tale filled with mystery and suspense.”
—Fredericksburg Free-Lance Star


“David Freed is a master of mordant one-liners for which Raymond Chandler’s leading man, Philip Marlowe, would have given his eye teeth. [Fangs Out is] filled with bullet-speed wit, original characters (and a cat to die for), plus a fast-paced and intelligent plotline, climaxing with more than one surprise…Highly recommended for crime and thriller fans alike.”
—New York Journal of Books


“Freed, an experienced pilot, a Pulitzer Prize-winning journalist and a military affairs expert with an active security clearance, spins his suspenseful plot with the same muscular prose, hard-boiled attitude and flashes of wry humor that made the first Logan Cordell novel a critical success.”
—Associated Press