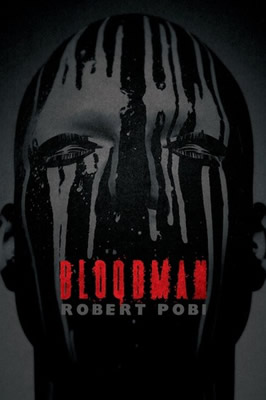 FBI consultant Jake Cole gets called back to his childhood home of Montauk, NY, to deal with his father's deteriorating health. Cole's speciality is solving murders and chasing down killers, which makes him the closest and most qualified person to investigate when a gruesome double homicide is discovered just outside of town. He's got to find a killer, deal with his father's increasingly dangerous behaviour, and just to make sure nothing is too easy, the storm of the century is bearing down on the eastern seaboard, heading directly for Montauk.

Reviews:
"Former antiques dealer Pobi boldly announces his arrival as a cunning novelist with this grim and gory debut thriller...Pobi revels in grisly scenes, and though the chilling finale might feel lacking, the author's cinematic vision and precise attention to detail, as well as a subtle trail of clues and a tight, macabre plot, trump character clichés and the incomplete denouement."
—Publishers Weekly

"This is a twisty book with multiple shocks that will keep you guessing until the very last page. And the ending will grab you and not let go."
—NewsandSentinel.com

“[Bloodman is] a compelling, layered gripping novel that can hold its own with the likes of Thomas Harris (of Hannibal Lecter fame), Rick Mofina, Dennis Lehane, or anyone else you’d care to mention. Guaranteed to keep you up late, it’s an exciting find for thriller fans everywhere…. Wonderfully literate, with a gripping story line and a villain that will haunt your nightmares. A deft combination of edge-of-your-seat terror and heartbreaking pathos, Bloodman is one of the strongest debuts I’ve seen in a very long time.”
—Spinetingler Magazine

“A gut-punch of a book. With bold bloody strokes, Pobi paints a tale of horrific murders and familial obligation, showing the grace and grit of ten first-time novelists.  Try closing your eyes after digging into this one.”
—Gregg Hurwitz, author of best-selling, You’re Next

“Jake Cole has to be one of the most compelling and tormented protagonists in recent crime fiction. The plot of this first novel is clever, the pacing is relentless, and Pobi’s updates on the growth of the hurricane are almost welcome interludes amid the pervasive creepiness and horror of the growing body count and Jake’s appalling past. Bloodman is a remarkable debut.”
—Booklist

“In Bloodman, Robert Pobi gets all the elements of a transporting mystery-thriller right the first time out: a gruesome double homicide, an appealing investigator, an at once heartbreaking and chilling father-son dynamic, and the many forms of ghost the past can yield.  An exciting debut that elicits cheers for more.”
—Andrew Pyper, author of The Killing Circle and The Guardians

“Move over, Steven King and Dan Brown.  There is a new thriller writer in town named Robert Pobi.  Not only does he grab the reader from the get-go, he never lets go.  And he offers readers an added bonus- upper body exercise from having to turn the pages so fast.  His books can’t be put down.  I thought I was beyond being surprised by a writer – I was wrong.  His plots are so credible and exciting that even a nonfiction writer believes them.”
—Justin Frank, MD, best-selling author of Bush on the Couch and Obama on the Couch