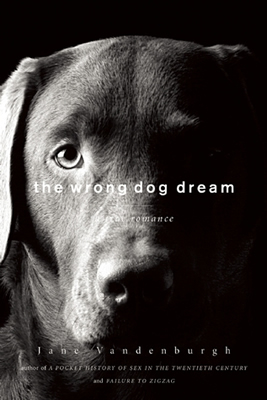 The author calls this "a true romance," saying, it's the part of her personal history she, being superstitious, was almost afraid to write. She'd grown up accustomed to bad luck, but had, by accident or miracle,  survived her own circumstances: being orphaned, her own misspent youth, the chaos of a broken marriage. She'd more than survived, she'd even triumphed and had awakened into a kind of charmed splendor to find herself living in a white marble city with storybook castles, knowing famous people, being invited to the White House to listen to her husband discuss Yeats with the President of the United States, as Bill Clinton drinks Diet Coke from the can.

And into this fabled chapter of the writer's life comes the perfect dog, an English Springer Spaniel named Whistler who arrives not only the family pet, but as her private symbol of triumph over all that age-old sadness. She wants to ignore it but can't help but see that their perfect pup is something of a neurotic mess, snarling at manhole covers, barking at children, growling at people in wheelchairs.

The writer herself is not seemingly done with the anxieties born of all that early trauma and loss, and she begins to worry obsessively about losing this difficult dog, the one they so love.Wrrrrnnnggdgggg! she begins to dream. Wrrrrrnnnnng dgggg!

Reviews:
"Vandenburgh’s work is strongest in its depiction of the sometimes-intense, life-changing bonds that can form between humans and dogs."
—Kirkus Reivews