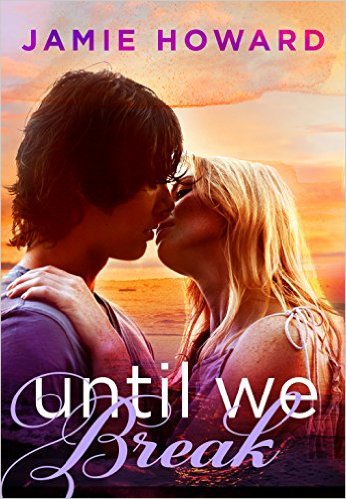 When Sloane Avery stops to help a stranded driver, she finds more than a broken down car on the side of the road. Luke Evans is faster and sexier than her Maserati, but with her heart still on the mend, she's not interested in taking him for a test drive. Despite their initial disdain for each other, emotion and passion simmer, complicating their fragile friendship. But when a tragic loss and devastating betrayal send them spiraling, their growing love isn't enough to save them.

That was five years ago, practically a different lifetime and definitely a different Sloane. Before she's been hardened by booze, sex, and as much distance as she could get from the past. Now, called home on a family emergency, she's determined to hold onto her heart the next time she sees Luke.

Except Sloane's not the only one who's changed. Luke's turned his life around. Only the reappearance of Sloane and the reminder of his biggest mistake can put a dent in his plans. Luke is set on fixing what he's broken. But with her emotions boiling to the surface, Sloane needs to decide if falling in love is life's greatest gift or its cruelest joke.


"Howard's complex debut is not the playful, lighthearted story readers might expect, which makes this new adult a standout. But at the core of the struggles each character faces is the kind of romance that will make readers sigh." —Library Journal