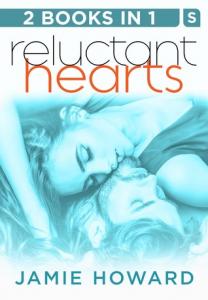 Reluctant Hearts: Until We Break and Until It's Right: Two Novels in One

Experience these emotional and sexy standalone novels from Jamie Howard. Together for the first time!

When Sloane Avery stops to help a stranded driver, she finds more than a broken-down car on the side of the road. Luke Evans is faster and sexier than her Maserati, but with her heart still on the mend, she's not interested in taking him for a test drive. Despite their initial disdain for each other, emotion and passion simmer, complicating their fragile friendship. But when a tragic loss and devastating betrayal send them spiraling, will their growing love be enough to save them?

Haley Mitchell is tired of moping. Since she repaired her broken heart with a thick layer of duct tape, she’s ready to put her ex behind her and move on. After a chance encounter in a club, she’s convinced she’s met Mr. Perfect. But when he accidentally gives her the wrong number, the stranger on the other end of her texts becomes her confidant.

Kyle Lawson has always had more luck with computers than women. So when the new temp, Haley, arrives, he has the misfortune of falling for her, only to land firmly in the friend zone. But when he learns the mysterious woman he’s been texting is actually Haley, he keeps the entire thing a secret.

As things move straight from platonic to decidedly hot, Kyle must come clean about his secret texting identity and risk losing the woman he’s fallen in love with.