Ali Bryan is an award-winning novelist and creative non-fiction writer based in Calgary, Canada. Her first novel Roost (Freehand, 2013) won the Alberta Literary Awards Georges Bugnet Award for Fiction and was the official selection of One Book Nova Scotia. She twice long-listed for the CBC Canada Writes Creative Non-Fiction prize for her essays “Asshole Homemaker” and “Mints After The Meal.” “Mints After The Meal” was also shortlisted for the Alberta Literary Awards Jon Whyte Memorial Essay Award in 2015. “Let’s Talk” was nominated for the same prize in 2016. 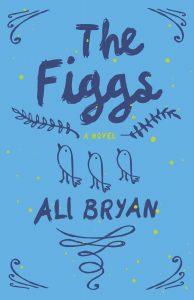