Jon James Miller has always been passionate about literature and film and pursued a career in the latter at Ithaca College in upstate New York, earning a degree in cinematography.  He moved to Los Angeles and found work as a researcher and segment producer on cable documentaries for A&E, Lifetime Intimate Portraits and The History Channel.

In addition to writing novels, non-fiction and screenplays, Jon is a frequent presenter of live webinars on the craft of writing. His presentations can be found at SCRIPT Magazine, The Writers Store and Writers Digest University online. When he’s not writing or presenting, Jon loves to hike, play tennis and go to movies. He lives, works and plays in Northern California. 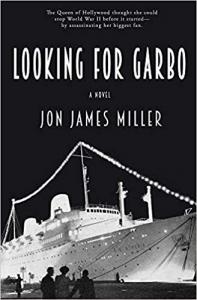