Solomon Jones is an award-winning columnist for the Philadelphia Inquirer and the morning host for the WURD radio in Philadelphia. He is an Essence bestselling author, and he has been featured on NPR’s Morning Edition and CNN Headline News. In 2019, Jones formed the Rally for Justice Coalition with a multitude of civil rights organizations. The coalition’s efforts resulted in the firing of over a dozen police officers who espoused racist rhetoric online. 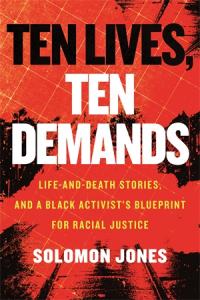