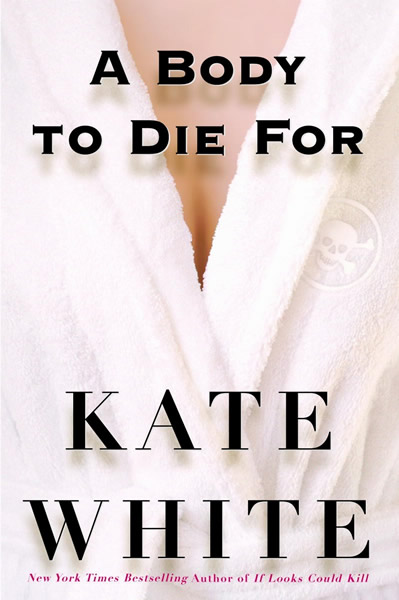 A Body to Die For: A Bailey Weggins Mystery

In the follow-up to the bestselling If Looks Could Kill, magazine writer-turned- sleuth Bailey Weggins takes a spa vacationâ€”and finds murder. Bailey Weggins is in desperate need of a little R&R after solving the murder of her boss' nanny. A trip to the Cedar Inn Spa seems like the perfect remedy. But when Bailey goes to the massage room to retrieve her lost watch and finds a dead body getting a seaweed wrap, her detective instincts are unable to go on hiatus. As Bailey uncovers the victim's mysterious past, she finds herself becoming infatuated with Jeffrey Beck, a detective working on the case. Meanwhile, another horrifying murder is committed at the innâ€”and Bailey finds herself the killer's next target.


"Now that shes solved the murder of her NYC editors nanny (If Looks Could Kill), Gloss crime writer Bailey Weggins is ready for a restorative stay at a friends Massachusetts spa. Yeah right. This time, the corpse Bailey discovers is that of Anna Cole, the massage therapist whos been wrapped in layers of her own Mylar tissue and given a heavy neck massage. Someone who knows the terrible secret from Anna's past—someone as close to home as Dannys untrustworthy new husband George—Bailey works every lead with all the energy of Nancy Drew, but in truth shes a lot more interested in the complicated bliss of her pursuit by both Jack Herlihy, the DC psychology prof she thought had lost interest, and Detective Supervisor Jeffrey Beck." —Kirkus Reviews