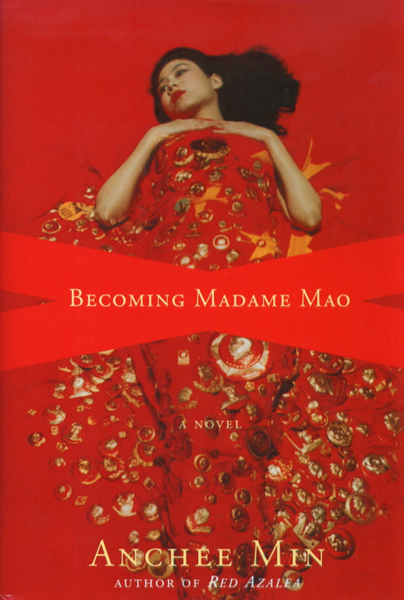 In a sweeping, erotically charged story that moves gracefully from the intimately personal to the great stage of world history, Anchee Min renders a powerful tale of passion, betrayal, and survival and creates a finely nuanced and always ambiguous portrait of one of the most fascinating, and vilified, women of the twentieth century.

Madame Mao is almost universally known as the "white-boned demon," ambitious, vindictive, and cruel, whose bid to succeed her husband led to the death of millions. But Min's story begins with a young girl named Yunhe, the unwanted daughter of a concubine who ignored her mother's pleas and refused to have her feet bound. It was the first act of rebellion for this headstrong, beautiful, and charismatic girl. She later fled the miseries of her family life, first to a provincial opera troupe, then to Shanghai and fame as an actress, and finally to the arid, mountainous regions of Yenan, where she fell in love with and married Mao Zedong. The great revolutionary leader proved to be an inattentive husband with a voracious appetite for infidelity, but the couple stayed together through the Communist victory, the disastrous Great Leap Forward, and the chaos of the Cultural Revolution.

Min uses the facts of history and her lush, penetrating psychological imagination to take us beyond the myth of the person who so greatly influenced an entire generation of Chinese. The result is a complex portrait of a woman who railed against the confines of her culture, whose deep-seated insecurities propelled her to reinvent herself constantly, and whose ambition was matched only by her ferocious, never-to-be-fulfilled need to be loved. A daring narrative with all the compressed drama and high lyrical poetry of great opera, Becoming Madam Mao is the most ambitious and provocative work of Anchee Min's career.


"Anchee Mins exquisite new novel unfolds like a ribbon of gleaming, luminous silk soothing in its beauty, mesmerizing in its variations, startling, delightful, and ultimately transformative in a way that only the best works of art can aspire to be—An astonishing journey into Chinas recent past and the lives of its most noted leaders."
—Los Angeles Times

"A magnificent book: consequential; significant; beautiful. The book has everything in its favor. The story is gripping. The style is simple and graceful. The themes love, war, conquest, domination, violence, feminism, communism, individualism, and power are sweeping.the true heroine is writer Anchee Min."
—San Diego Union Tribune