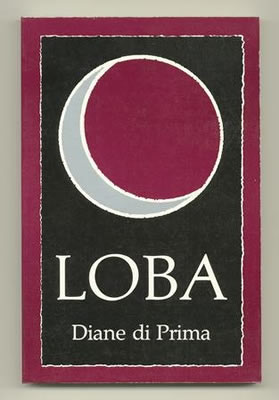 Loba is a visionary epic quest for the reintegration of the femimine, hailed by many as the great female counterpart to Allen Ginsberg's Howl when the first half appeared in 1978. Now published for the first time in its completed form with new material, Loba, "she-wolf" in Spanish explores the wilderness at the heart of experience, through the archetype of the wolf goddess, elemental symbol of complete self-acceptance.

Reviews:
"Di Prima's feminist epic, here augmented and reissued, was compared to Allen Ginsberg's Howl by critics when it was first released in 1978...Here, di Prima's invocations are spiked with etymological probings of received wisdom, as when examining the roots of ethics: "& ethos/ is not/ cannot be/ prima materia/ all "honor"/ is derivative." Such sentiments, "soft/ as russian vowels," show di Prima to be a pivotal figure for those who would rewrite the archetypes of the unconscious."
—Publisher's Weekly


"A prolific writer generally associated with the Beat Generation, Di Prima deserves wider recognition...The strength of these poems lies in Di Prima's ability to "make it new"-to synthesize mythological elements from a wide range of cultures into a unique vision based on Navajo wolf mythology. This major poem is strongly recommended for all larger poetry collections and for academic libraries serving women's studies programs."
—Library Journal