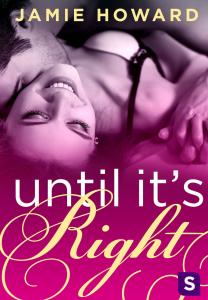 Haley Mitchell is tired of moping. With her broken heart repaired with a thick layer of duct tape, she's ready to put her ex behind her and move on. After a chance encounter in a club, she's convinced she's met Mr. Perfect. But when he accidentally gives her the wrong number, the stranger on the other end of her texts becomes her confidant.

Kyle Lawson has always had more luck with computers than women. So when the new temp, Haley, arrives, he has the misfortune of falling for her, only to land firmly in the friend zone. But when he learns the mysterious woman he's been texting is actually Haley, he keeps the entire thing a secret.

As things move straight from platonic to decidedly hot, Kyle must come clean about his secret texting identity and risk losing the woman he's fallen in love with.