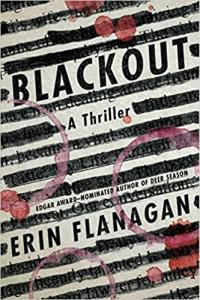 In this unforgettable psychological thriller, the dark is a terrifying mystery for a woman on the edge.

Seven hard-won months into her sobriety, sociology professor Maris Heilman has her first blackout. She chalks it up to exhaustion, though she fears that her husband and daughter will suspect she’s drinking again. Whatever their cause, the glitches start becoming more frequent. Sometimes minutes, sometimes longer, but always leaving Maris with the same disorienting question: Where have I been?

Then another blackout lands Maris in the ER, where she makes an alarming discovery. A network of women is battling the same inexplicable malady. Is it a bizarre coincidence or something more sinister? What do all the women have in common besides missing time? Or is it who they have in common?

In a desperate search for answers, Maris has no idea what’s coming next—just the escalating paranoia that her memories may be beyond her control, and that everything she knows could disappear in the blink of an eye.


“Intense and creepy, Blackout is a slow-burn thriller that explores the intersection of cutting-edge technology and the Me Too movement. You won’t be able to put Blackout down until you find out how all the pieces of the puzzle fit together!” —Aggie Blum Thompson, author of I Don’t Forgive You