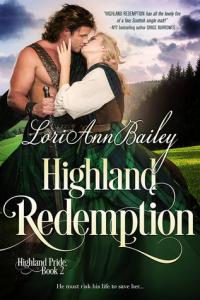 While spying for Clan Cameron, Brodie Cameron rescues a lass, only to realize it’s Skye—the woman who’d broken his heart. He needs to get her to her uncle as quickly as possible to keep her safe, but every minute he’s distracted from his mission brings the clans that much closer to war. And having beautiful Skye anywhere near him is dangerous, because the price on his head is higher than the one on hers.

Upon being rescued from kidnappers, Skye finds herself staring into the eyes of the man she once loved—Brodie Cameron. She’s grateful to be freed, but has no idea how she’ll resist the lad who has become a braw man. Especially because she’s promised to another, in a political marriage forged to strengthen the Royalist clans against the Covenanters who plot to turn Scotland upside down.